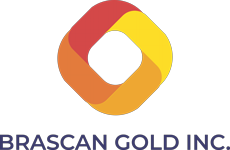 The Company is a gold exploration issuer based in Vancouver, BC. The Company holds an option over the Vulcan Property, located in the Fort Steele Mining Division in southeastern BC and the Middle Arm Fault property, located 30km south of the town of Baie Verte, Newfoundland.

CBM’s Alegre Gold Property has excellent potential to discover and delineate a gold resource that can support industrial-scale gold production. Gold production from the small-scale garimpeiro operations that are active on the property are reportedly producing in excess of 1 kilogram of gold per week (32 troy ounces) from shallow surface excavations which have exposed a mineralized shear zone with widths of up to 40 metres. Gold mineralization has been traced via the garimpo operations along a strike length of approximately 7.5km.

Newfoundland and Labrador is ranked among the top 10 mining jurisdictions world-wide by the Fraser Institute, and boasts excellent infrastructure reflecting its long mining history including roads, grid power, port facilities, complete mining services as well as a skilled and experienced workforce.

The option claims are contiguous with the northern boundary of Maritime Resources Corp.’s Whisker Valley Project, and 14 km north of Maritime’s past-producer Hammerdown gold deposit, which is described in some detail in Maritime’s PEA (McCracken et al., 2020).

The Property covers a portion of the regionally significant Middle Arm Fault, which extends more than 15 km to the southwest, where it is spatially associated with several gold showings, as reported on the Newfoundland and Labrador Geoscience Atlas (https://geoatlas.gov.nl.ca/Default.htm). A 2.5 km long magnetic high anomaly occurs adjacent to the Middle Arm Fault on the Property, and Brascan considers this anomaly to be a target warranting follow up exploration.

Mr. Johal is a former securities lawyer with over 20 years’ experience in the global capital markets. He has extensive experience in working with natural resources and exploration companies. Mr. Johal has served as a senior officer and director of a number of public companies and is presently CEO of his own merchant bank Midori Capital Inc.

President of Flow Capital Corp. since June 2009; President of Harmony Corporate Services Ltd. since March 2015. Geoff has a highly impressive track record for successful IPOs. He has served as founder, director, and officer of many CSE and TSXV listed companies. As a former Investment Advisor at Union Securities and Georgia Pacific Securities, Geoff has extensive capital markets experience.

With over 15 years of experience in business and legal administration, Nicole is well versed in supporting venture issuers through corporate and securities matters. She specializes in financings, mergers and acquisitions, shareholder meetings, governance, and stock exchange compliance, her clients depend on her wide range of skills. Earlier in her career, Nicole worked for the executive offices of Uranium Energy Corp. (NYSE: UEC), and GoldMining Inc. (TSX: GOLD), where she provided office administration and investor relations support to its management team. Nicole was the paralegal for TAAT Global Alternatives Inc. (CSE: TAAT) from May 2019 to August 2020, where she provided high-level paralegal support to its management team during its acquisition of TAAT International and CSE listing. Nicole is the principal of Kamara Corporate Services Ltd., a Vancouver-based management and accounting firm that provides corporate secretarial and financial services to private and publicly listed companies. 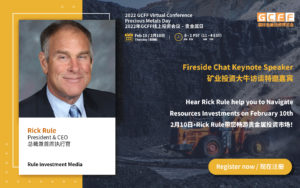 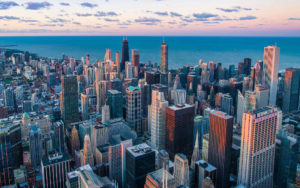 The world is going “ALL IN” for cleaner future. What metals are in bullish trends in 2022?

Brascan Gold Increases Private Placement from $2.4M to $3.6M Due to Strong Demand from Strategic Investors and Existing Shareholders